Chef for a day 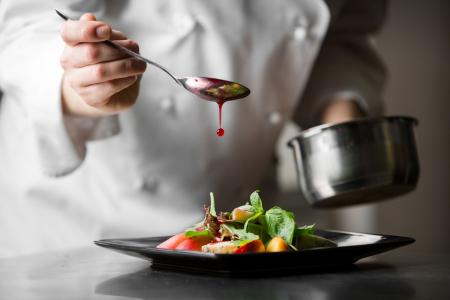 Sleeping at the hotel or even with a shorter day-use stay, you will be able to partecipate to a cooking workshop: you’ll learn cooking tecqniques, tricks and suggestions on the corrects instruments to use in the kitchen. Learn how to preserve foods, to select the best raw ingredients and all that you need to create real prpofessional dishes for your guests!  All this will happen in a professional hotel kitchen. At the end of the course you’ll be able to eat the dishes you’ve cooked under the chef supervision!

Emmanuele Lo Biondo, chef born in Palermo, lives in Milan, since he was a small child he had a great interest for cooking , especially for the use of raw ingredients; thanks to his sicilian family cooking traditon, he developed a passion for all the etnic influences on Sicilian gastronomy.

His passion truned into his  professional choice and he met the famous palermitan chef Andrea Valentino, who became his mentor.

Emmanuele became a close friend with chef Stefano Pierotto and completed his managerial studies founding the food company he actually work for, managing variuos restaruants in the north of Italy. The most important restaurant he manages is the Ristorante La Terrazza at Hotel Galles.