The splendour of mosaics and gold in Rome

In Rome, the eternal city, also the art of mosaic, made for last, had an impressive spreading and development.
We will visit a special workshop, guests of the Mosaic Studio of the Vatican City, where experts restore the huge mosaics of the walls in the Basilica of Saint Peter. From here we will accompany you under the big dome, the so called “Cupolone”, on the tomb of the apostle Peter, one of the main centers for Christian pilgrims.
Then a visit in the National Roman Museum to admire ancient and beautiful mosaics from rich houses and public buildings.
In the afternoon, we will focus on Byzantium: we will learn about the byzantine masters and their magnificent works with bright glass mosaics in the apses of the churches Santa Pudenziana, Santa Prassede and Santa Maria Maggiore, decorated also by an astonishing mosaics façade illustrating the basilica’s foundation thanks to a miracle.
In the evening the grand final in the church of Laterano, the first residence of Popes. Here we will enter in two hidden places:  the Popes’ private chapel, covered with magnificent Gothic mosaics, and in the Cathedral’s cloister, decorated with many different little columns.
Booking & Info
by Vannella Carrelli Palombi
She is an Educational Operator and a Tourist Guide for the main Museums and Galleries in Rome and Vatican: she has 30 years of professional activity. She is also a Professor of Art History in the Italian high school.
Gallery 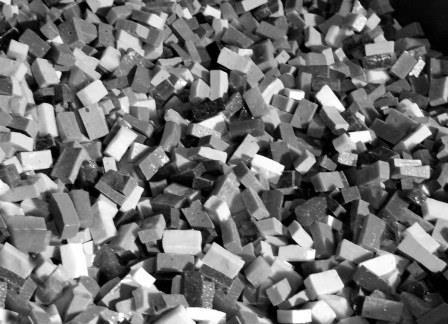